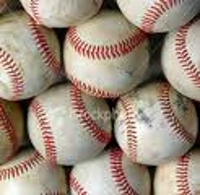 1) The Eagan Travel Baseball Board selects the number of teams by the number of player registrations, coaches, and available fields. To be eligible to play Eagan Traveling Baseball, a player will live within the designated boundaries determined by EAA, and be of a specific age by April 30. If a player desires to play with his grade level, this must be declared prior to tryouts. Players may not participate in tryouts for Eagan Traveling Baseball if they live within the boundaries determined by EAA and have participated in tryouts for another community’s traveling baseball program in the same calendar year.

2) The Eagan Travel Baseball Board determines the playing level of teams (AAA), (AA), (A) by the number of teams, the perceived player talent, and the tryout outcome with the goal of forming effective teams.

3) Evaluation of skills will consist of hitting and fielding. Players will be ranked according to their assessed tryout scores as apportioned by the weighted percentages described in the tryout guidelines. Missing all or a portion of the tryouts is strongly discouraged. However, if this is necessary, the tryout director must be notified a minimum of seven (7) days in advance.   A player's scores from the immediate previous year may be utilized. If prior year’s scores are used the director, in consultation with the database and tryout directors will apportion the final score according to the current year’s weighted percentages if they are different than the prior years percentage weights. In no case will the current year ranking be higher than the ranking in the prior year. Also, lock status will not be allowed for a player using a prior year’s score and any player who would lock under these procedures will be reduced in ranking so as to not have lock status.

4) After the completion of the skills portion of tryouts, player may be placed on in-house teams if necessary.

5) It is our intent to place players on teams commensurate with their tryout placement. This is not an exact science but historically players have not been dramatically misplaced. Our intent is to group skill level as accurately as we can and assign players to teams as close to that level as possible in forming teams. It is our goal to form effective teams.

6) All team selections must be completed by the day designated by the Director of Eagan Traveling Baseball.

7) The Director of Travel Baseball shall make interpretations and clarifications of these rules when necessary.